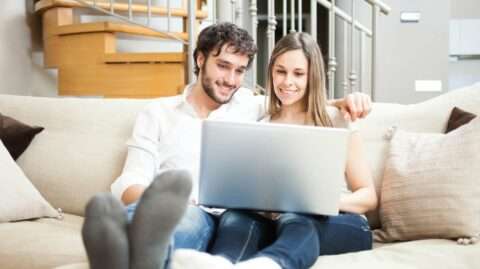 Got quotes for Bifolds and found this a useful site.

We logged on to your site as we thought it would be about £10,000 to double glaze our whole house. It showed it was only going to be just over £4,500. We got a quote from a local company we know and trust and your estimate was very close to the actual one. We are going ahead with it.

Ways To Prevent Mould Around Windows

How do you prevent mould around windows? Mould is a problem that can cause severe consequences over time. Often, if you have an old window in your home or its in a space you don’t use very much, mould is never too far away.

That’s because it latches onto your window in the right conditions, growing and developing in humid spaces with stale air. If you have a window that uses only standard glass, with one pane in the design, then mould can come from typical condensation. Once condensation builds up, particularly in the sealant of your window, it can turn into mould and cause further problems.

When mould gets around windows, it can damage the components inside, restricting movement and openings. Not only that, but the glass in the design may be more prone to breaking, thanks to the added condensation. Because of this, the entire window is more fragile, and it becomes harder to fight the mould off.

Eventually, you might end up needing to repair your windows. However, this can cost a lot of money, and often it’s only a temporary fix. Older windows, unfortunately, are prone to mould, meaning you’ll never quite solve the problem through maintenance.

So, the best way to prevent mould from getting around your windows is to replace the window altogether. Modern designs use double glazing, which means there’s less chance of cold air that helps mould to grow. Also, you can choose from a wide range of opening systems, improving air circulation. As a result, mould won’t be able to use stale air to fuel itself.

With a new window, you won’t even have to carry out regular cleaning, as they have fully weatherproof frames – that way, you can get peace of mind on mould. 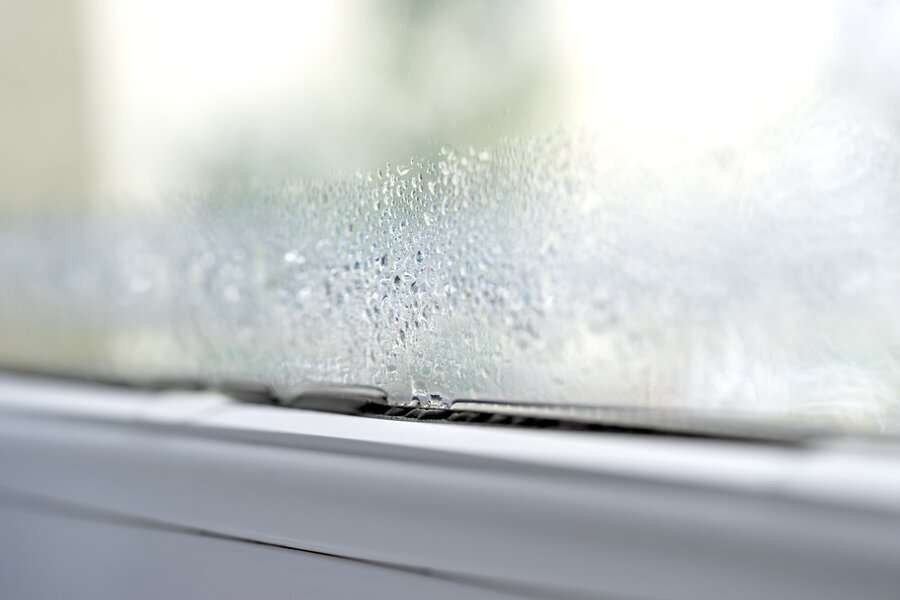 How Does Mould Develop Around Windows?

Your current windows might be starting to get old or have outdated designs. If they use timber frames, single-glazed glass or both, then they might not be the best option for your home. That’s because mould can develop around these windows quickly, and it only becomes a more pressing issue over time.

In windows that use these materials, cracks and gaps can begin to appear in the design. Wood isn’t weatherproof, which means water can get inside it and expand cracks, meaning cold air can rush into your home. Inside your window, the cold outside clashes with the warmth inside, which sometimes causes mist to appear on the glass.

That fog is condensation, and condensation can evolve to become mould over time. Another reason why mould might develop is air circulation. If you have a conservatory, for example, you may not use it a lot. Because of this, the windows and doors stay shut, and air has nowhere to go.

Mould can develop by drawing on this stale air, which also causes heavy condensation. Mould draws off the moisture that this creates, growing until it begins to cause harm to the design. By not opening your windows, there’s no way to flush out the mould naturally.

Also, the room your windows are in can help mould to thrive. For example, if you have a window in a bathroom, then that room often contains a lot of moisture. Bathrooms, in particular, can get hot and humid every time you have a bath or shower, causing the windows to mist up.

Although most windows can deal with this, an older design could fail, causing mould to build up quickly. The sealant in your windows could also break, which almost certainly will need a full replacement. But are there better ways?

A quick way to help prevent mould from developing around your windows is to improve your home’s air circulation. However, that can be uncomfortable, especially in the wintertime. If you have old windows, then your home may get chilly in the colder months, and opening the windows at night could leave you exposed to intruders.

One way to open your windows – without opening them at all – is to install trickle vents. Trickle vents are small additions to a window that stop them from fully closing – while remaining locked. That means a small amount of air is always flowing through your windows, making it much more difficult for mould to develop.

However, another issue is stale air inside your home. Not only is that a sign of poor circulation, but it also means that moisture can collect inside the room. Mould draws off moisture, so it’s critical to minimise it where you can. If mould is beginning to develop, then an extractor fan can help draw the old air out of your home, recycling it.

A dehumidifier is also useful, as it can reduce the moisture inside your living space. Both of these additions help you prevent mould from growing around your windows, and they can help to freshen up your living space as well. 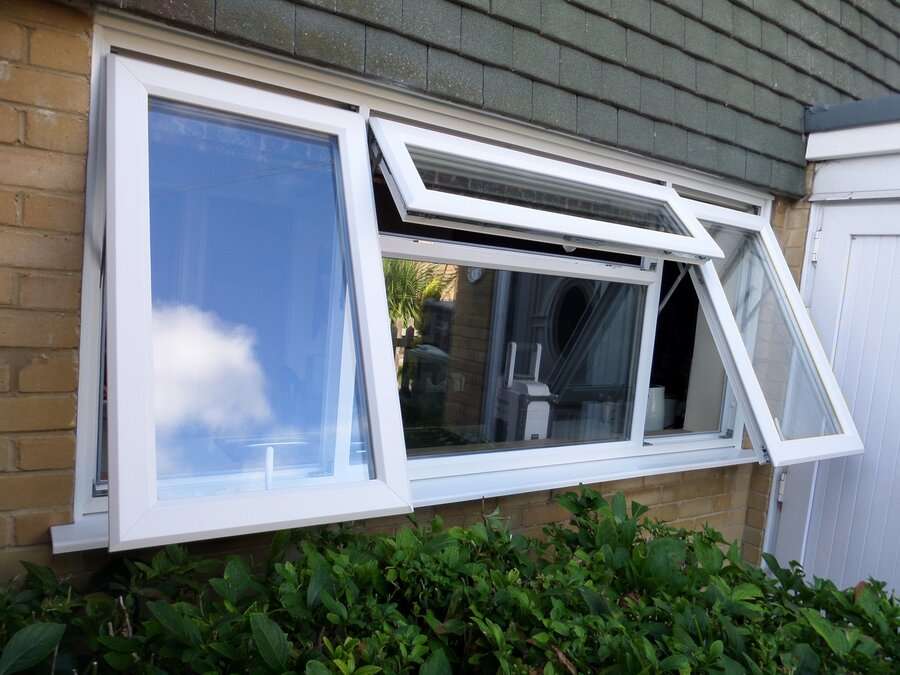 Often, mould develops from condensation that isn’t cleaned. Over time, the condensation turns into this mould, at which point it can start to become harmful. Because of this, then, regularly checking your windows for signs of wear and tear, and sorting them out, makes a massive difference.

If condensation does build up on the inside panel of your window, then it’s fairly easy to clean. Often, only a hairdryer will do the job. Then, to ensure the window is performing at its best, wipe it down with a damp cloth and a light abrasive. Also, it’s helpful to clear away any debris that could cause cracks in the frame.

If condensation develops on the outside panel, though, there’s no need to worry. That’s because it’s a sign your window is performing well. The cold air isn’t clashing with the warm air inside, meaning that the condensation isn’t getting into your living space. To clean that, all you have to do is wipe it down, or potentially only open the windows.

That way, the fresh air can cause the contrasting temperatures outside and inside of your home to stabilise. Because of this, the reaction that causes condensation won’t happen, and you’ll prevent mould from developing around your windows.

Prevent Mould Around Your Home With New Windows

The best way to stop mould in its tracks is to get new windows. Rather than put up with your old windows, which could crack and fade the longer you have them, replacing them is a lot cheaper. Also, you’ll be able to benefit from their advanced technology straight away.

For a start, modern windows use double glazing as standard, and there’s the option of triple glazing as well. By using multiple panels of glass, these windows are much more durable and have far better insulation. As a result, condensation develops a lot less, meaning you can put a stop to mould thriving in your home.

Not only that, but you can fix the problem of air circulation too. Most older windows only have a top or side-hung opening, or they might not open at all. With new windows, you’ll get a choice of several innovative designs, which can enhance the look and feel of your living space.

You could choose tilt and turn windows – which open inwards and outwards – or sliding sash windows that open vertically. All of these windows have broad sections of glazing, letting more fresh air and natural light into your home. Also, you’ll get slimline frames that use uPVC, aluminium or a composite blend, all of which last longer than timber.

Additionally, your new windows will be fully weatherproof. Because of this, the frames won’t crack or twist, and gaps won’t appear. That way, any cold air won’t be able to play havoc with your home, and natural heat won’t be able to escape.

Along with reducing condensation, and the risk of mould, you’ll make your home warmer every day without relying on your central heating. As a result, you can save money on energy bills, save the hassle of window repairs down the line, and save worrying about mould for good. 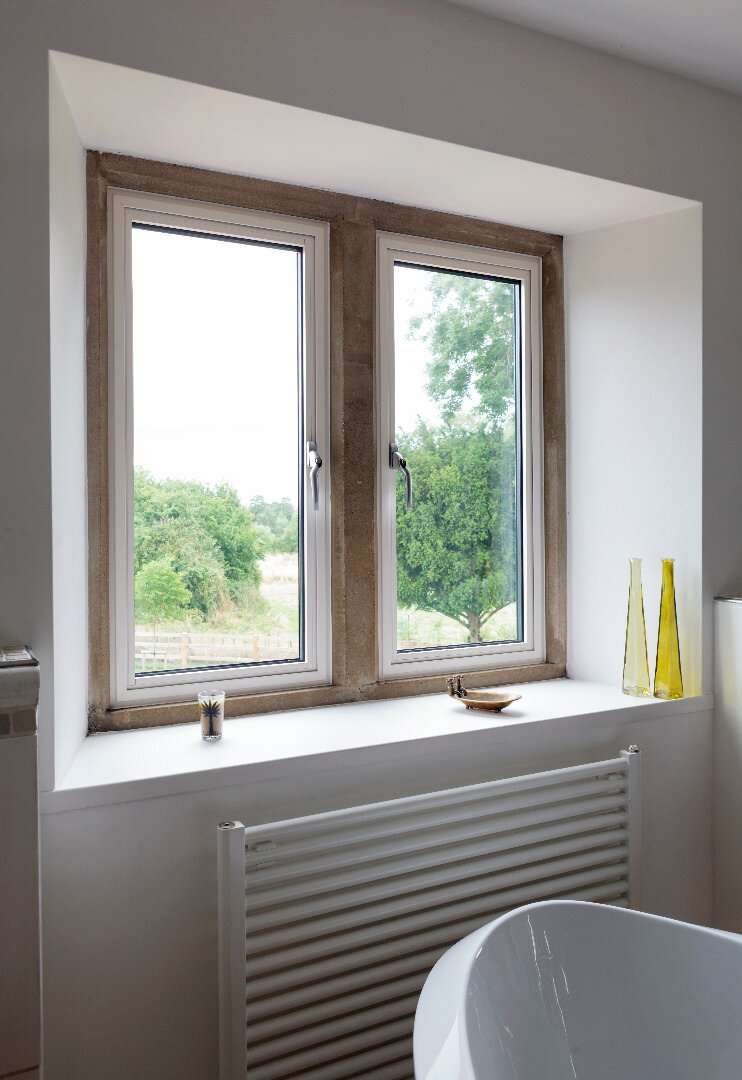 Prevent Mould Around Windows With Double Glazing On The Web

If you want to prevent mould around your home with new windows, there’s one place you can make a brilliant investment. At Double Glazing On The Web, we make it easy to find companies who offer competitive prices for new windows.

Our network has local installers right across the UK so you can find a friendly provider on your doorstep. Unlike national brands, they won’t charge premiums for parts or take your money to pay for their travel. Instead, you’ll get a friendly, personalised service in your area that doesn’t cost the Earth.

For added peace of mind, many companies in our network also have accreditations from bodies like FENSA and CERTASS. That means you’ll get quality designs, and you’ll be able to prevent mould developing around your windows for years to come.

To get a quote and to talk to installers in your area, fill in our online contact form today. Alternatively, contact our friendly team to ask us for any advice and information on 0800 015 5679!

It's So Easy to Get an Online Price!

Get an Online Price

Each company gives you their best price so you can choose what’s right for you!

How to Measure uPVC Windows

Find out how to measure your uPVC windows with our useful online video. Once you have your sizes, simply start your free online quote to get an instant price. 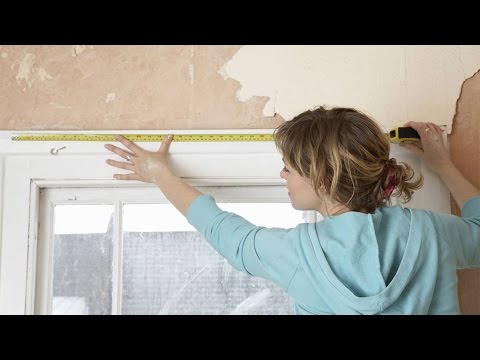 2022: What Is The Average Price For New Windows?

How Much Are Double Glazing Repairs?

Increase accessibility in your home whilst letting in large amounts of natural light with stylish Patio Doors.

uPVC French Doors Connect your home to the garden with a practical and elegant set of uPVC French doors. This beautiful door option enables you to bring the best of...

Classic aesthetics are combined with modern uPVC technology for superior efficiency and great looks.
Start Your Quote Save Up To 40%